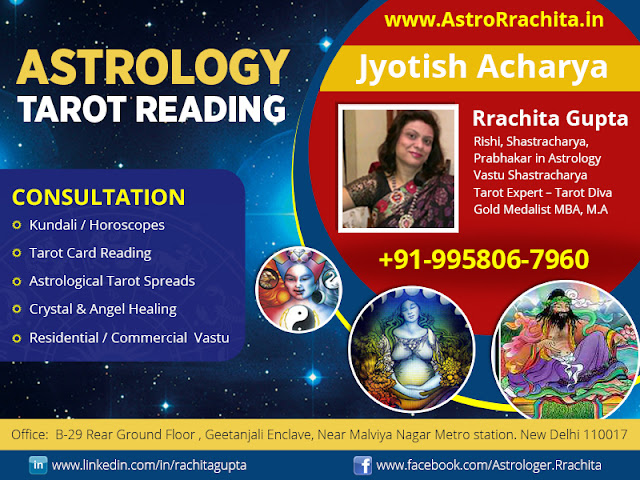 Posted by Astro Rrachita at 6:13 PM No comments:

Mercury Retrograde in Virgo Until October 9, 2015 by AstroRrachita 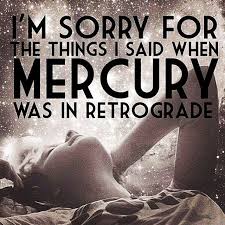 In particular now, with Mercury exalted and retrograde, and join the North node, there are enormous opportunities for thinking outside of the box and implementing new ways of living and organizing your life.
What does Mercury Retrograde mean?
Mercury is retrograde when it’s traveling backwards. That’s an optical illusion, of course, and comes from a change in that planet’s orbital speed in comparison to the Earth’s. (Think of it as the planetary equivalent of speeding up, passing a car and seeing it fall far behind after you in the rear view mirror.)
When Mercury is moving in reverse, the areas of life it governs do not play by the usual rules. Pay extra attention
to anything related to communication and travel-including phones, computers and electronic devices, the mail (remember that?), cars, public transportation, and commutes.

EFFECTS :
1.Messages go astray;
2. misunderstandings and confusion abound;
3. technology malfunctions; traffic snarls; travel gets delayed.
CAUTION : Postpone launching major projects, signing major contracts and buying big-ticket items. Double-check fine print, backup your data, and allow lots of extra time when you’re on the road.
The good news? This is an excellent time to :
1.investigate and research,
2. finish old business,
3.clean up paperwork,
4. get in touch with people you haven’t talked to in a while. 5.Pay attention to who surfaces from the past, in person or in thoughts. Their reappearance could help tie up loose ends or resolve lingering business.
Organize and prepare so you’ll be ready to move ahead when Mercury does!
Posted by Astro Rrachita at 9:57 AM No comments:

Judging best career for you by planets in horoscope

For judging the career though detailed study of horoscope and divisional charts is studied , the major study needs to concentrate on :

the planet that comes in number MOST or MAXIMUM  number of times if more than one planet is occuring in this 5 step list.
Now lets come to the wide variety of professions/fileds under each planet:

Look for each planet in D1 chart  and check :
1. is it  posited in 10th house of d-1?
2. Is Rahu sitting with 10th house lord?
3. is it giving full aspect to 10th house(full aspect means that the 10th house should be free of any planet posited in it and also it should be the ONLY planet aspecting 10th house)?

Posted by Astro Rrachita at 5:37 PM No comments:

This Cafe In Agra Is The First To Be Fully Managed By Acid Attack Survivors..!!

Twenty-two-year old Neetu can't see properly, but her eyes were shining with happiness and hope when the Sheroes Hangout, the country's first cafe managed and run by acid attack survivors, opened to brisk business and supportive crowds. "It's a dream come true. The cafe has given girls like us a second chance at life," said Neetu, who suffered an acid attack in 1992 which left her with a completely disfigured face and limited vision.

Sheroes- a tribute to the courage of the survivorsThe cafe, located near the Taj Mahal, is a collaborative effort between survivors and Delhi-based NGO, Chaanv Foundation who chose to name it "Sheroes" as a tribute to the courage of survivors. The place became functional after a successful two-month trial run during which the girls got hands-on experience at operations and dealing with customers.

"We have got tremendous support from locals and learnt so many things about how to run an establishment. What really boosted our morale was when many people, who looked strangely at us earlier, came forward to praise the effort," said Rupa, another survivor, whose creations is displayed at a boutique inside the cafe.

At the inauguration of the cafe, Sapna Bhavnani, a member of the Stop Acid Attacks Campaign, was quoted saying, the girls have proved a point to the world. "People call these survivors 'becharis'. Today, they have shown they are no less than anybody else," she said.

Many tourists visiting the Taj were drawn to the cafe because of the eye-catching external graffiti created by one of the survivors. "This place has amazing music and interiors. I happened to visit it by chance but I am so happy to come here. These are lovely brave women," said Alisha Nangia, a tourist from Delhi.

Harshit Raj, another tourist from Kerala, said, "I really appreciate the idea behind the endeavour. The visit to the cafe has made my tour all the more memorable."

The two-floor cafe, which will rehabilitate five survivors, will also house a reading section containing books and journals on women's empowerment. Alok Dixit, founder of the 'Stop Acid Attack' campaign, said that more such cafes are in the pipeline. "This is our model project. Later, we plan to open cafes like these in Delhi, Kanpur and other parts of the country."

(Originally published in The Times of India) 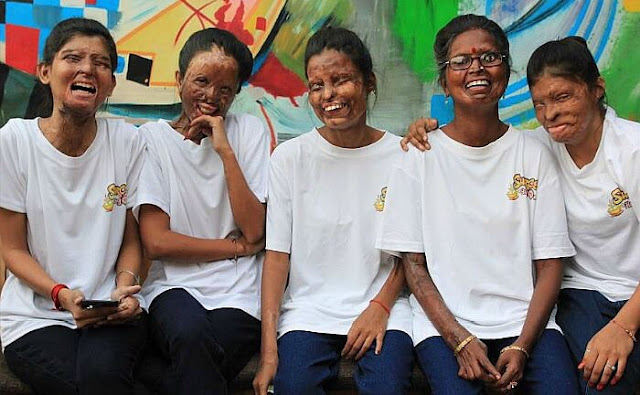 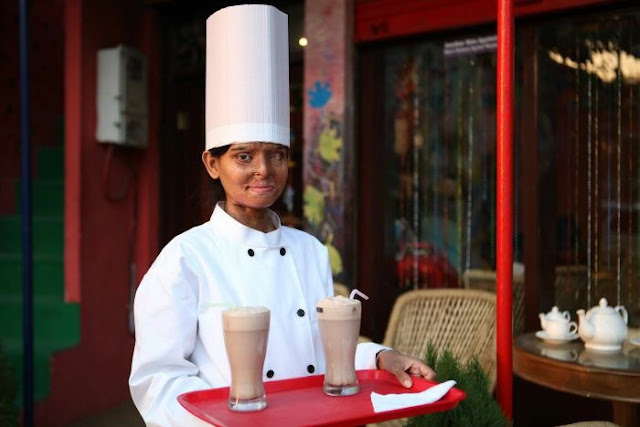 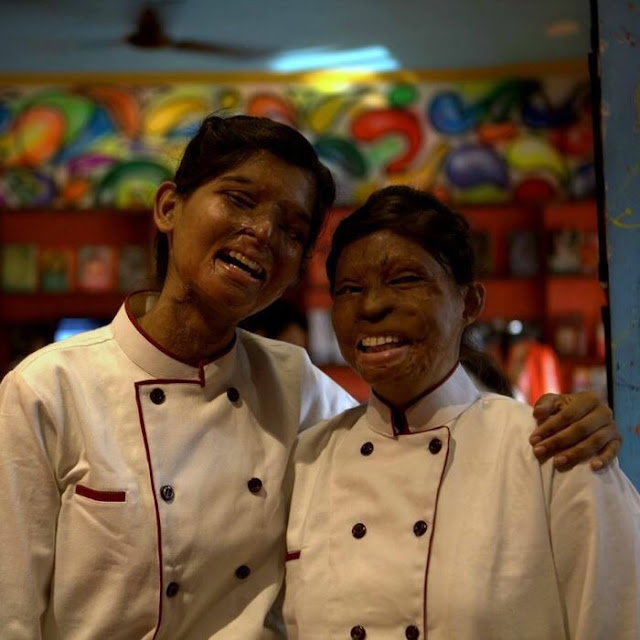 Posted by Astro Rrachita at 4:41 PM No comments:

Just to check this out......
The Organs of your body have their sensory touches at the bottom of your foot, if you massage these points you will find relief from aches and pains as you can see the heart is on the left foot.

Typically they are shown as points and arrows to show which organ it connects to.

It is indeed correct since the nerves connected to these organs terminate here.

This is covered in great details in Acupressure studies or textbooks.

God created our body so well that he thought of even this. He made us walk so that we will always be pressing these pressure points and thus keeping these organs activated at all times.

So, keep walking... (dont forget to share so other people will be informed as well) 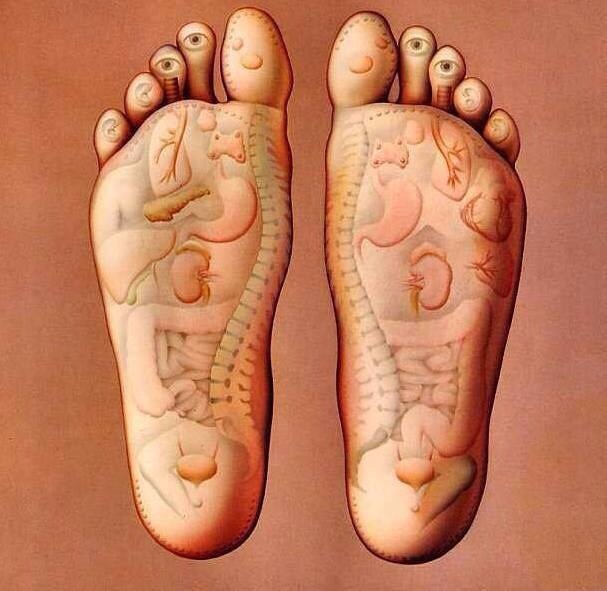 Posted by Astro Rrachita at 4:37 PM No comments:

Your name number is gate to your success-Rrachita Gupta (AstroRrachita)

Posted by Astro Rrachita at 5:26 PM No comments: